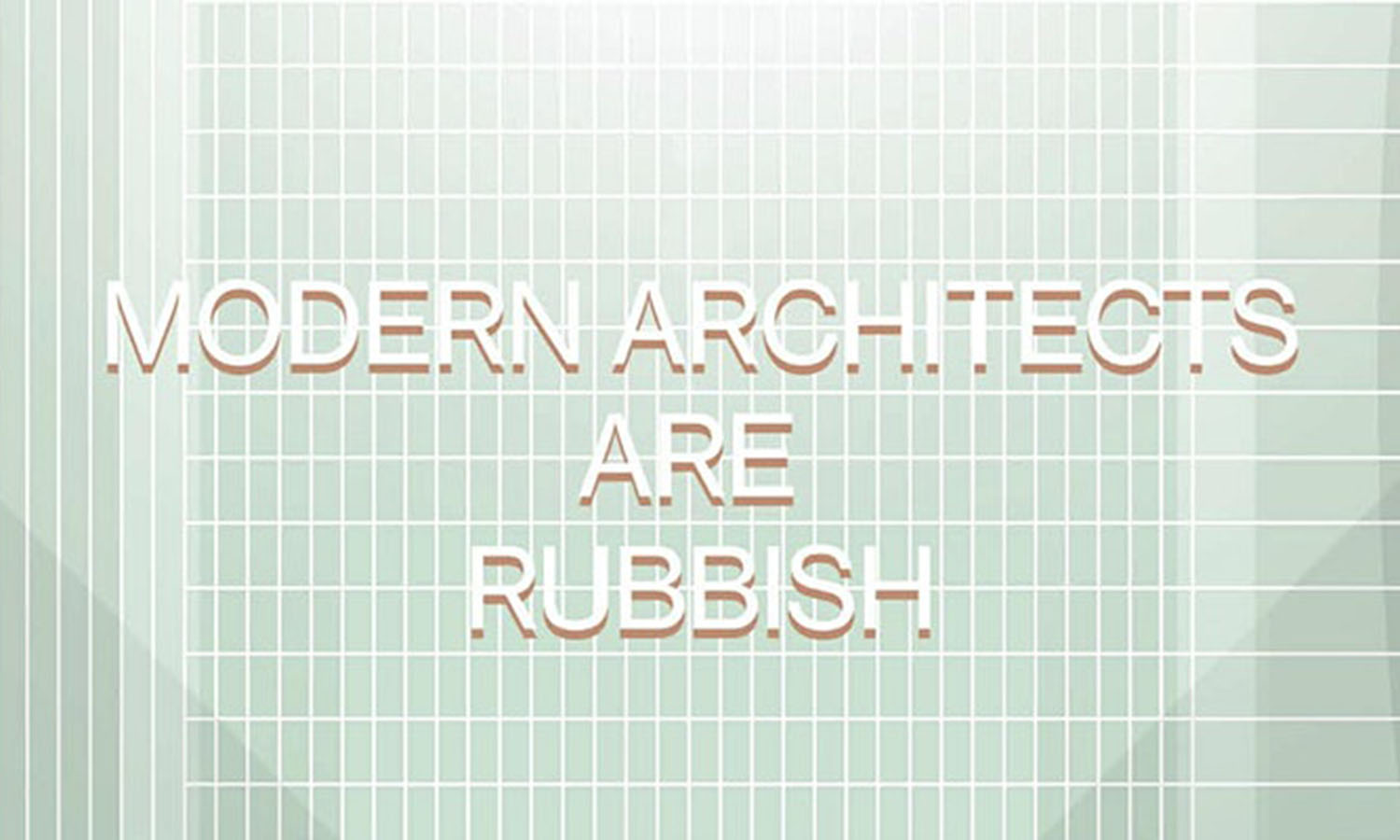 Negroni Talks go online for second in their banality series,

The Negroni Talks – hosted by architects Fourthspace and sponsored by Campari – were set up to capture the lively and provocative debates that took place in the European café culture of the early twentieth century. Negroni Talks now go online to bring you more unfiltered debate, straight to your homes.

Architects are supposedly part of a wider creative community so why are they so incapable of talking about cities and buildings in an engaging way? Unlike many artists, it is rare for architects to fearlessly pursue new ideas and commit themselves to provoking new ways of living and thinking. Are they too consumed with the making of architecture and the broader implications of their work to figure out a way to talk about it? Do architects need a reality check?

The forces behind new buildings – The Who, The What and The Why – remain unseen, unknown and something of a mystery to the general public. Architecture appears to exist as a kind of mask, impenetrable, impersonal, unrepentant and concealing as much as it reveals. When many buildings are as dull as dishwater, is this blandness a true reflection of the designers behind them? What language architecture speaks and how easily it can be understood are important questions to determine if it can successfully connect with us as people and have meaning in our daily lives.

In stark contrast, artists seem to be much more successful inquisitors by observing, inhabiting, and representing the built environment in a fashion that sparks interest and debate. Whether it is painting, sculpture, collage, film, literature or music, art has consistently addressed the implications of architecture on society, space and place and in doing so has communicated fundamental truths and experiences that shape our understanding of the human condition.

Does this mean that there’s a better conversation about architecture taking place in the art world? Should architects get out of their bubble and redefine themselves, and engage with the broader creative community to better understand the realities they’re creating with their built forms and lofty visions?

Listen to the previous online talks below