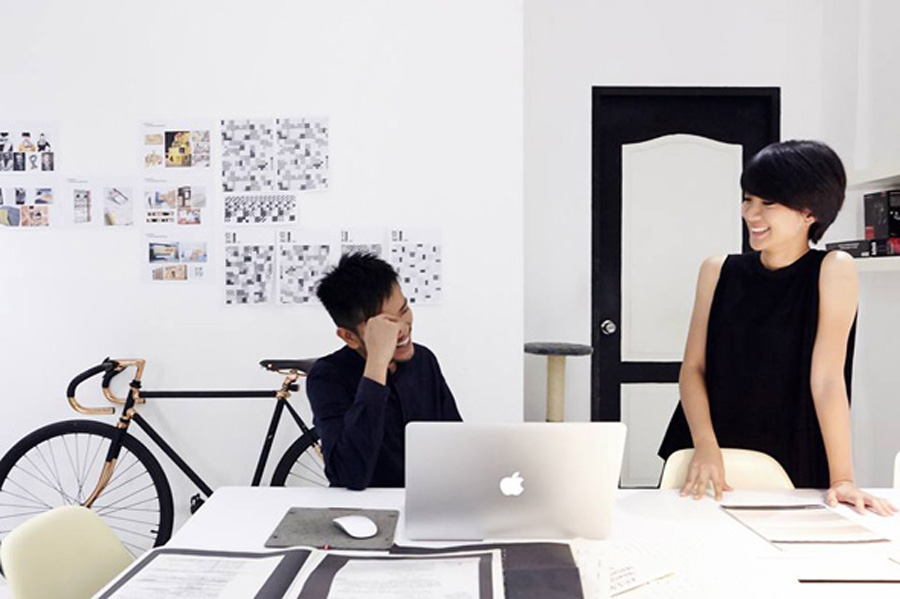 How a design studio that began incidentally, became a sought after multidisciplinary agency in Asia.

There are few phrases in life and business as trite as have a plan. Where some thrive with plans that they stick to, others operate as if their plans do not exist. Not many would deny that starting a design studio requires a plan, which is why Anonymous’s start in 2005 and its continued existence today is astonishing. Of all the things to fall into by chance, running a design studio is not something that most of us would choose.

Despite its incidental beginnings, the Singapore-based multidisciplinary studio has managed to make themselves known in the fields of graphic design, content creation, branding, event planning, filmmaking, interior design, and advertising.

In university, Felix Ng, co-founder of Anonymous, did not study design nor advertising, but journalism. Back then, he was always late for class, because he had a part-time job at a music store. When the school found out about the reason for his habitual tardiness, they helped Ng out by paying him to do freelance graphic design work for the school. He was a novice, so he had to learn a little about graphic design to complete each task. Upon graduation, a musician friend asked him to design an album cover, which he did. Then the same friend, along with the record company, asked Ng to direct a music video, which he also did. This time, payment had to be made to a business bank account, which Ng did not have. He realised that in order to open a business bank account, he would have to create an actual business, so he did that too. All so that he could direct his friend’s music video and receive payment from the record company.

“There was never an intention to start a design studio,” explains Ng in a podcast. “We (Ng and co-founder Germaine Chon) started a studio because we wanted to do this project (direct a music video).” Unprepared to be entrepreneurs, they had to find their way through the challenges of running their own business. The learning process never stops in most studios, but in Anonymous, it takes on a more purposeful and less perfunctory endeavour. They often travel to Ho Chi Minh City, Chengdu, Shanghai, and other Asian cities just to learn from each place and build relationships with people in travel, hospitality, design, and lifestyle industries.

“My partner and I have no experience working in an agency. The last real job I had was working at the music store,” recalls Ng. In a world where apps like Blocs and Canva are giving laypeople the tools to design without the need of a designer, Ng and Chon encourage their staff to read as much as possible, because for them inspiration comes through words. “We try to force all our designers who work with us to read a book a week,” says Ng. For example, reading books about behavioural economics is seen as a bridge between design and the business aspirations of their clients. Instead of creating for the sake of creating, and they want to understand what works best for them and their clients. It is that way of thinking that pushes the studio in directions where they only do projects that they want to do, rather than a place that just churns out work for profit. Though finding the money to do these projects is a challenge.

“Aside from the challenges that most businesses have, the biggest challenge is not just about finding the work, it’s about finding the right type of work that you can do very well,” explains Ng. What they do very well is build connections between people, clients, and peers in Singapore’s design community. They also created a traveling exhibition that went to Berlin, Tokyo, Kuala Lumpur, and 20 other cities. They publish a magazine called Bracket, featuring under-appreciated Asian designers. Their largest success so far is A Design Film Festival, which they launched in 2010, to explain complex issues through film to non-designers and to help their peers succeed.

“We realised that at a lot of design events there were huge percentages of non-designers that found them very intimidating. We wanted to help our clients understand our process a little better. We created it (film festival) primarily for non-designers to learn about design.”

Regardless of the extent of their plans now, it should never be forgotten that there was no plan at the beginning. Anonymous was a happenstance entity, yet has become a creative force, and their ambitious style of constant learning is a strong example for young designers to follow. Even though they did not plan to change the landscape, they are nonetheless part of a changing landscape.

“Singapore seven years ago was still a cultural dessert,” lament Ng. “There was maybe one (design) museum, one design magazine, and ten design studios. Now we have 5,000 design studios. So, the entire industry has transformed.”