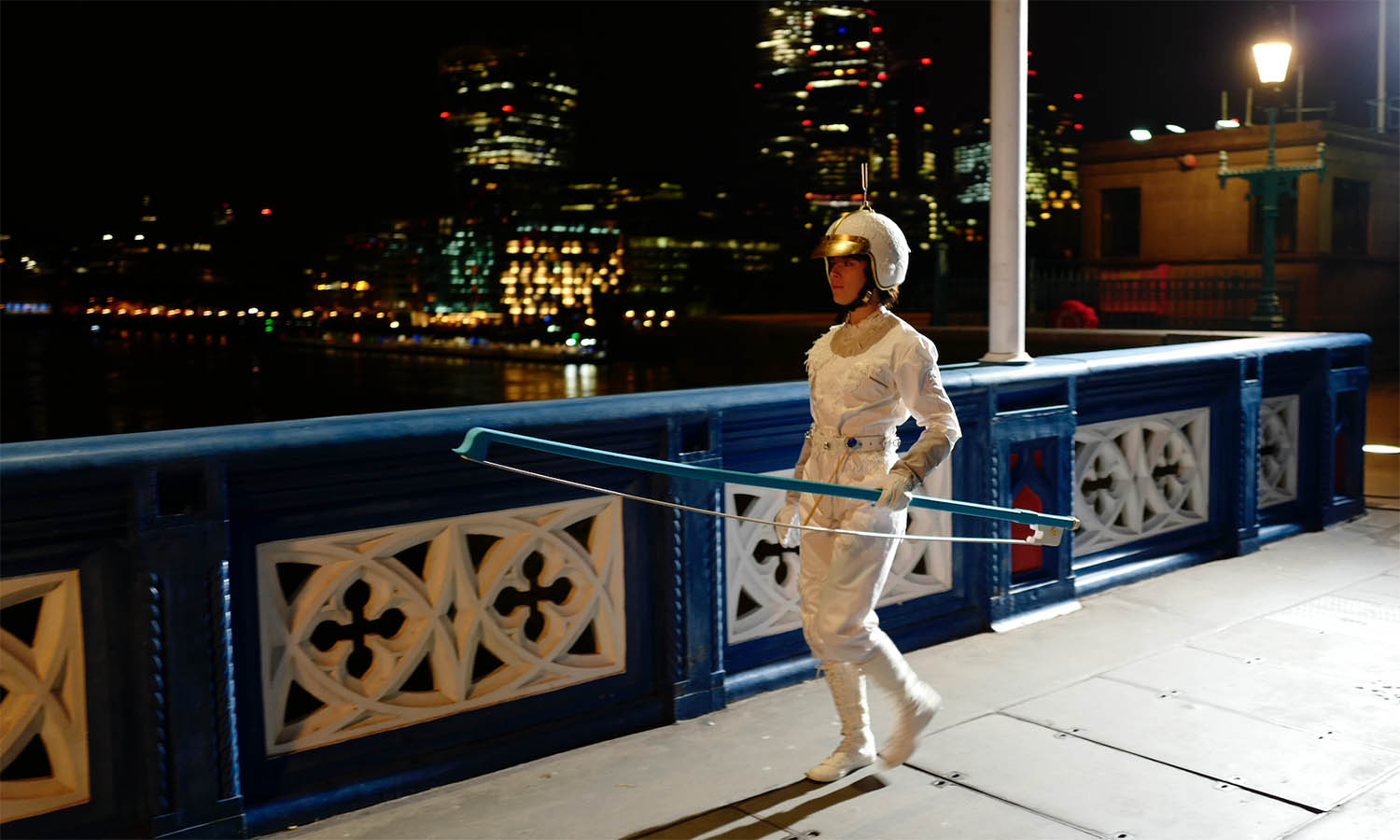 ‘Making the Bridge Sing’ is an exhibition that spotlights Hannah Griggs, one of the first female workers on Tower Bridge. The exhibition is designed around the artwork of artist, inventor and filmmaker Di Mainstone. Tower Bridge commissioned Di to ‘make the bridge sing‘ in celebration of their 125th anniversary. Di created a film that imagined Hannah Griggs, playing the bridge like a musical instrument.

The commission began with Tower bridge introducing Di to descendants of Hannah Griggs:

Di Mainstone said “When I met Hannah’s granddaughter Susan Belcher and great-granddaughter Hannah Belcher, I asked them if they could tell me something unique about her personality and passions. They told me that Hannah was an obsessive gardener and that when she left Tower Bridge, she and her husband bought land on which they grew fruit, vegetables, herbs and flowers of all kinds. I started to research the connection between music and plant growth and imagined Hannah ‘playing the bridge’ as a way to transform the crossing into an abundant garden. ”

This online iteration of Tower Bridge’s ‘Making The Bridge Sing‘ exhibition was originally unveiled in January in the historic Victorian Engine Rooms. Visitors can explore Hannah’s life as a cook in the famous towers and also as a keen gardener. Real elements of Hannah’s life are revealed alongside a specially composed musical narrative, which imagines dreamlike sights and sounds that she experienced while working at the Bridge to help her plants grow.

Her story can now be experienced in the following ways:

Watch an extract of ‘Time Bascule’

‘Time Bascule’, the film created by artist, inventor and filmmaker Di Mainstone and the focus for the exhibition, imagines Hannah to be experimenting with music – creating magical sounds by ‘playing’ different parts of the Bridge with unusual, invented instruments to help her plants grow. In a remarkable twist, the full film features some of Hannah’s London descendants.

The full-length version of time Bascule will be out soon, follow Di Mainstone for updates.

Listen to the sounds of Hannah’s world

Making The Bridge Sing imagines the soothing and ethereal sounds of Hannah’s world, accompanied by images of nature growing around the Bridge. Viewers can click to listen to the birds chirping, the waves of the River Thames flowing below, the bees buzzing around Hannah’s plants, and the outside bustle as she goes about her work at the Bridge.