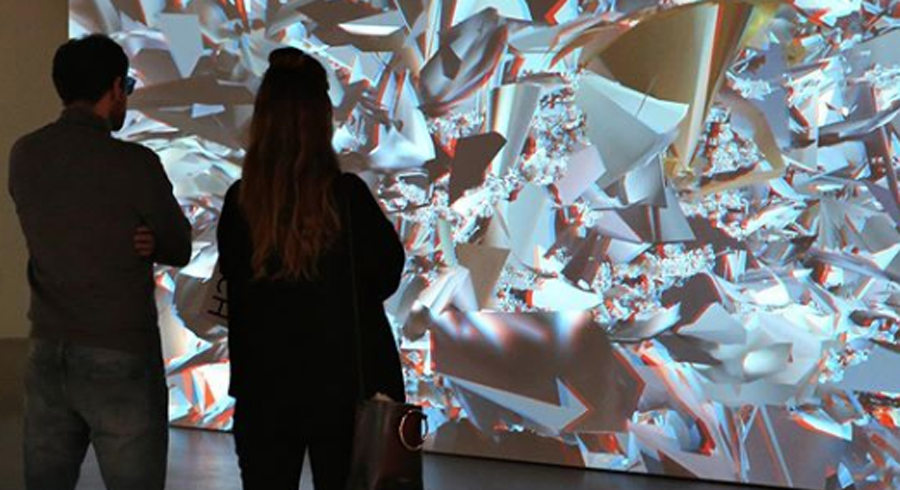 Congratulations Dirk Koy, his work «ground» won the Basler Medienkunstpreis this week. The work is currently exhibited at HeK Basel during the Regionale 20 until 29th December 2019

Design Exchange’s issue animator understands that digital and analogue can co-exist, with phenomenal results. Better yet, as the first pages of our Change edition prove, he knows exactly where the two should meet to create something functional yet innovative, creative but logical.

When was the last time you felt completely in sync with someone after mere moments in conversation? A meeting of minds in some shared theoretical or ethical hinterland; two worlds colliding over a shared love of pushing things forward. Whatever those things may be.

Design Exchange’s Change issue is not the first to implement Augmented Reality (AR). We were toying with this technology three years ago, with other magazines jumping on its potential between then and now. Nevertheless, this is our deepest dive into its possibilities, and to produce something different, we needed to partner with a practitioner who not only grasped what could be done but also understood why it should be done.

Introducing Dirk Koy, the man behind the moving text and images filling the pages, not to mention our multi-faceted cover. For him the greatest design marvel of the modern age isn’t the advancement of technology, but what happens when that advancing technology collaborates with analogue counterparts.

“I really like to draw, and that’s just one basic element in design. It’s very important to make the first sketches,” says Koy. “Even if your product or the piece is digital you start with a pencil. This is a little bit cliched but it is like that, and it gives us a really nice open world of possibilities.”

A teacher at the Academy of Art and Design in Basel, Switzerland, we can’t help but feel slightly jealous of his students. After all, their tutor fully embraces and manipulates the opportunities and jaw-dropping capabilities of 21st Century multimedia, often presenting those in a manner invoking post-modernity. His moving posters, for instance, inadvertently invoke the advertising hoardings of Philip K. Dick’s dystopias. Yet the platforms those looped images and text occupy, which we can literally reach out and touch, betray the equal value he places on physical media.

“To experiment so much within things that you reach a moment when you surprise yourself,” Koy says of his overall professional goals.

“I like to combine analogue design with digital, so for me this drawing process at the beginning of a project is important but also it often comes into the end of the product. Not always but often. So for me the analogue thing, the drawing and photographs, is kind of the soul of a work and the digital thing is often to transport the work or bring it further into something new. If you combine digital and analogue work there is huge potential with what you can do.”

Not quite preaching to the converted, even so there’s a reason why Design Exchange approached him for our latest undertaking.

……Read the full feature in our printed CHANGE edition and see much more of Dirk’s work using our augmented reality app, See our stockist or buy online