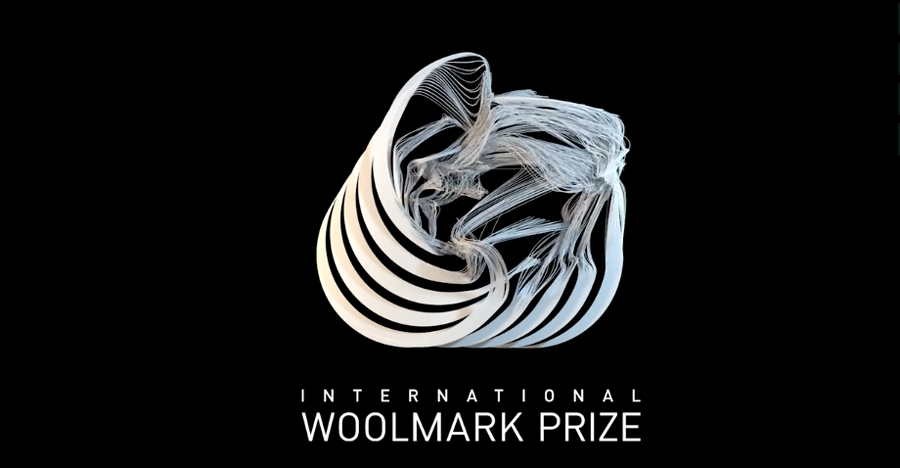 from one of our favourite creative studio’s Factory Fifteen

Factory Fifteen directed the campaign for the 2017-18 International Woolmark Prize in Florence. The task was to develop a theme and visual identity for the awards which spoke of innovation and was loyal to the brand.

Factory Fifteen came up with a single motif: ‘DISRUPT THE THREAD.

They applied this motif to several pieces of content for the live show and digital, including a choreographed catwalk projection sequence, an interactive installation, graphic design, website assets and social media posts. Factory Fifteen worked in tandem with event producers OBO and the lighting designers.

SHOW REVEAL SEQUENCE
Their approach to the stage, where the collections would be revealed was to create an animated curtain of thread. This thread acted much like a theatre curtain, hiding the stage itself and animating/disrupting subtly before the show. During the reveal itself, the thread comes to life. Factory Fifteen created a 3 minute animated sequence which was timed to models walking out onto a purpose-built stage. Then developed 12 different techniques of digitally animated thread which represented the 12 nominees and their innovative approach to the design and manufacture of wool. A transparent gauze was used as the projection surface to envelop the models in the animation as they walked out.

INTERACTIVE
Factory Fifteen wanted to encourage people to participate in the show as well as continue the theme in a playful way. We created an interactive wall of thread which disrupted by proximity and body movement. The disruptive effect evolved throughout the evening and exploded with colour after the show.

GRAPHICS
The motif was simplified to a bold line style which was used throughout the event including designer stands where the designer collections were judged. We produced unique assets for each designer.